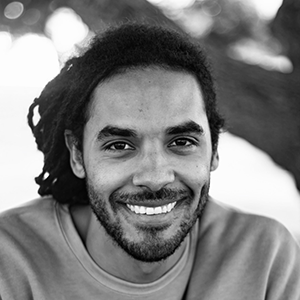 Tyler Robinson is an eclectic producer and DJ with experience in marketing and publicity in the entertainment industry for over 10-years. He has produced for artists such as Alison Wonderland, Axwell /\ Ingrosso, Afrojack, Borgore, Bear Grillz, MAKJ, Wuki, Vini Vici, Ferry Corsten, and for major brands and labels such as The Nations, Insomniac, and many more!

With over a decade of experience DJing, under the moniker Sarthe, Tyler has played Festivals from EDC Las Vegas, Beyond Wonderland, Lightning in a Bottle, Ultra and more. He has also played and traveled with major names such as Kaskade, MOTi, Brillz, Zedds Dead, Hook N Sling, Justin Jay, Dr. Fresch, SNBRN, Elephante, and many more. He gained his first nightclub residency after winning the Redbull Battle of the DJs a week after turning 21. He has since moved to Los Angeles and played at all of the major venues; from Avalon, Create, Exchange, 41 Ocean, Poppy, Le Jardin, and 31Ten, to Las Vegas clubs like Wet Republic, Foxtail Dayclub, and Light.

Tyler also has experience in film-production and marketing with over 5 years working at Warner Bros. where he developed his skills in filmmaking and post-production. Now, Tyler is combining his skill-sets to create interactive live streams and produce video shows for artists.