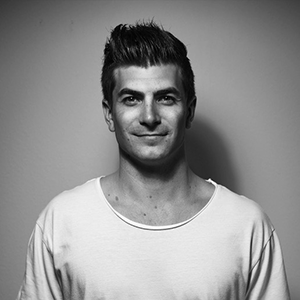 Taylor Keddington is a DJ, musician, producer and entrepreneur. With over ten years of production experience and over 500 gigs under his belt, he has the skills and versatility to accomplish any project that comes his way.

Taylor began his music journey as a hobbyist DJ/producer when he attended the University of Colorado at Boulder where he graduated with a BA in Economics and a Certificate in Entrepreneurship. Upon graduation he worked in sports & media advertising while putting himself through the highly esteemed music production school, Icon Collective. After graduating and multiple years of production for personal artist projects, Taylor’s skillset and networking led him to an opportunity as a producer at NoiseHouse. As a Producer at NoiseHouse, Taylor provides the pinnacle of a great client experience. His high quality level of communication, production and creativity has made him the go-to producer for many of the worlds biggest DJ’s.

In addition to the radio show production, Taylor also leads his personal music project “Taylor Kade“. In 2015 Taylor split from his duo project “Soakerz” to pursue his solo artist project and has been crafting his sound ever since. With multiple remixes through the years and his first all original self-released EP coming out in 2019, he is already receiving support from a number of the world’s biggest DJs. With his first label releases on labels such as Circus Records already lined up for 2020, Taylor is ready to take the industry by storm.