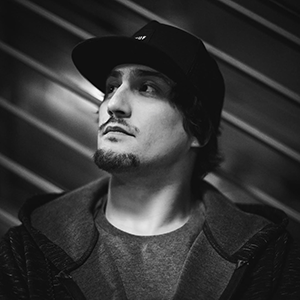 As a Motion Graphics & Visual FX Artist, Brandon creates visual content for many of NoiseHouse’s radio shows such as Avicii, Afrojack, Jauz, Oliver Heldens, Tommy Trash, Slander & Nghtmre and others. With over 10 years of experience, Brandon has developed a reputation as a one-stop-shop for Post Production. Brandon’s advanced skills in both After Effects and Premiere allow clients to receive an all in one package providing the highest quality to the post production process. Currently, Brandon owns an S corporation as a freelancer and he provide the highest most advanced product in post production. Formally, Brandon was the Senior Motion Designer at Avatarlabs, an entertainment agency working with clients including Sony Pictures, Dreamworks, Lionsgate, Paramount, Fox Studios, 20th Century Fox and many others. He also worked in-house at Insomniac Events as a Video Editor & Motion Graphics Artist.  His experience includes post production work for Fortune 500 companies such as Redbull, Epson, and Toyota, amongst many others.  After moving to California, he worked as the main Visual & Graphics Artist and provided  video content for independent feature films including 2017’s “L7: Pretend We’re Dead” and the Horror Film “Muck”.  After graduating from college, his early video editing experience was with television in San Diego, where he was the Senior Video Editor for the local television syndicate “Health Beauty Life The Show.”

Those who know Brandon describe him as positive, dedicated and a loyal team player who is not afraid of hard work nor the challenges that working in the film and music industry can bring. Brandon has worked in extenuating conditions with productions requiring 24×7 efforts to meet tight deadlines, both as a member of a team and helming it all. In an industry where reputation and professionalism is vital, Brandon stands proud of my creative and technical abilities, and have a track record of happy clients and positive feedback all around. Always looking for growth in my path, Brandon looks forward to the next challenge ahead.