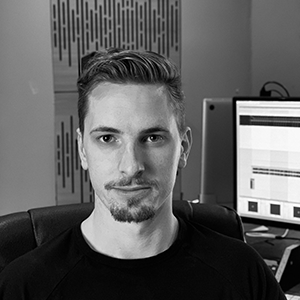 The son of a songwriter, James Pearce grew up surrounded by music. He developed a strong obsession at a young age for guitar, gaining the highest grades possible. As a teenager he went on to perform as a live musician while discovering another passion for recording tracks for local bands. He invested all his spare time into increasing his skills in software such as Pro Tools and Logic as well as many major plugins. In his early 20s, he decided to further pursue his passion and moved country to start a Degree in Music Production & Engineering. During his time in London, he managed and promoted club events before starting a 9 month internship with NoiseHouse. James went on to graduate with a second class honors degree. He was then hired as a full time employee for NoiseHouse as a Syndication assistant.

Years later, James has broadened his skill set and now produces radio shows and imaging for some of the biggest DJs across the globe including Felix Jaehn, Blasterjaxx, Laidback Luke, Florian Picasso and many more. As a young professional starting his career in the music industry, he is determined and excited to progress further and see where it leads.