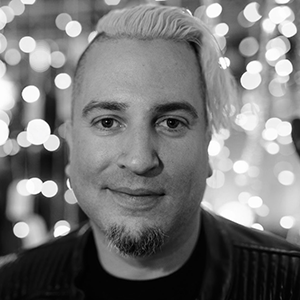 Dino Dominguez is a genuine entrepreneur in the music, film and marketing industry. Dino has creatively worn many hats in the entertainment industry, having worked with iconic award-winning companies in entertainment for over 15-years.

Dino developed strong and respected roots in the Los Angeles area working with major production companies such as Technicolor, Avatar Labs, HBO, Warner Brothers, Disney and Deluxe studios, due to his technical knowledge and hard-work ethics.

Dominguez is also recognized for his pre- and post-production leadership, such as editing, sound design, 2D animation and color grading. Dino has over 10-years of musical experience as a musician and performer. Insomniac Events, one of the largest global festival producers, embraced Dominguez’s multi-talented skills not only as an award winning vocal talent on stage but also a top of the line video editor, music supervisor and creative consultant in their video department.