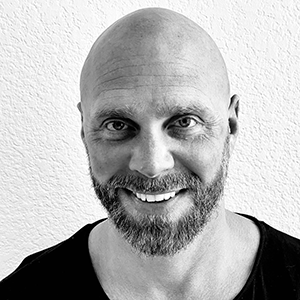 Originally hailing from London, U.K., Daniel Bailey’s fascination with radio was born at a young age. His nearly 30 year journey in the music industry began back in 1991, after having won the Technics’ “Young DJ of the Year” award (U.K.). In 1997, Bailey joined BBC Radio 1 as a specialist producer for the network’s dance music programming. For 8 years, his daily DJ mix was featured on-air during Radio 1’s drive time slot. In 2004, Bailey took on the role of Producer for “Fresh 40,” the most-listened to chart show in the U.K., broadcast nationally on the Kiss and Galaxy networks.

Off-air, when not dominating the U.K. dance radio airwaves, Bailey toured the world as a DJ for the club brand, Slinky, from 1999-2010. Additionally, he owned, operated and managed Bedbug, a highly-successful club night on the south coast of England in Bournemouth, which was responsible for delivering A-List DJ and artist performances to 1,500+ ravers and fans every week.

In 2010, Bailey founded NoiseHouse after launching radio shows for then-emerging artist, Avicii, and global dance music titan, Tiësto. NoiseHouse quickly experienced exponential growth, and now boasts an ever-growing roster of over 60 international artists and entertainment/music brands. In recent years, NoiseHouse has expanded its services to include video & live-stream production, as well as the creation, launching and 24/7 management and programming of independently owned radio stations.

In 2015, Bailey set out to expand NoiseHouse’s global footprint and decidedly opened its new headquarters in Beverly Hills, CA, where the company is based today.